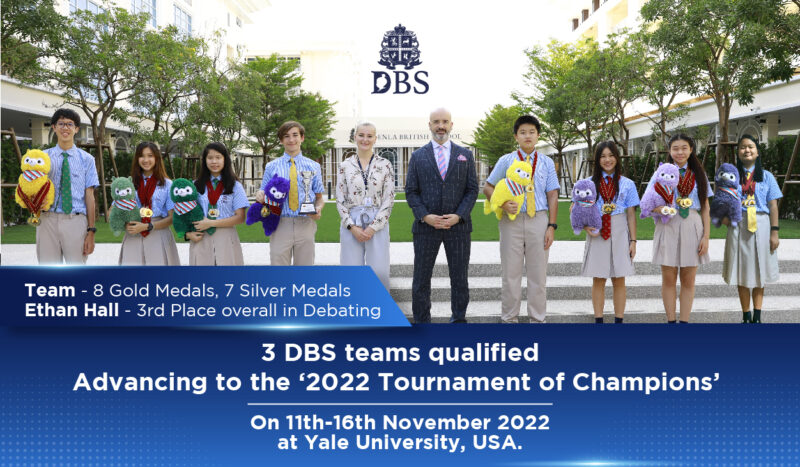 DBS teams achieved remarkable results in the World Scholar’s Cup – Global Round 2022, advancing to the final round ‘the Tournament of Champions’ at Yale University, USA.

Last weekend, eight eager DBS seniors arrived at the Aksra Theatre for the opening ceremony of the World Scholar’s Cup Global Round, Bangkok. The first day of what would be an epic five day competition. Over 700 senior students from around the world joined ours in the beautiful venue for an amazing introduction to a jam packed event. In the afternoon of the first day, students teamed up with Scholars from other teams for a scavenger hunt at Siam Amazing Park, forming friendships with their peers from the very beginning.

We headed home early after the first day to get some rest before the biggest day of the competition that was hosted at Denla British School on Sunday. Three of the four academic challenges were completed in quick succession. First of all, the Scholar’s Challenge, a multiple choice quiz featuring questions from a special curriculum that the students have spent weeks studying. Following this, was the Collaborative Writing, where teams spent time preparing compelling pieces that they will then write individually. In the afternoon, it was time for the debates. The students were given thought provoking motions and presented their well prepared arguments for and against these. Teams are scored on their presentation skills, their strategy, the content of their arguments and their teamwork. Giving feedback to their opponents is also a key part of the debates.

On Monday, we headed back to the Aksra Theatre where it was time for the final and, according to the students, the most fun academic competition, the Scholar’s Bowl. In their teams, students use a clicker to answer simultaneously entertaining and challenging questions that are presented by the World Scholar’s team.

In the afternoon, eight students that were judged to be some of the best amongst the 700+ at the event were selected to participate in a debate showcase in front of everyone in attendance. Our very own Ethan Hall was one of the chosen Scholars and presented some very well thought out arguments in favour of a three strike policy in the criminal justice system. What an achievement!

Then it was time to enjoy some performances from scholars from all over the world. We heard a range of musical performances, watched some traditional cultural dances and were wowed by other amazing talents.

Celebrating a huge range of cultures coming together is one of the highlights of the World Scholar’s Cup and on Monday evening, the students set up a Thailand table at the cultural fair. Other teams did the same and shared parts of their own cultures with each other. A huge thank you to all of our generous students and their families for providing some delicious traditional Thai snacks and cute elephant keepsakes to give away. It was enlightening to learn so much about countries such as Kenya, the Maldives, Myanmar, Nepal and many, many others.

On Tuesday evening it was time for their students to let their hair down a little after so many days of using their brain power and enjoy the Scholar’s Ball. The music was loud and the snacks were delicious. It was a fun evening to get together with all the friends they’d made during the competition.

Wednesday was the day they’d all been waiting for, the awards! It was finally time to see if their hard work had paid off and it truly had. Collectively, our three teams were awarded with eight gold and seven silver medals. Ethan Hall was awarded third place overall in debating and all three of our teams qualified for the Tournament of Champions that will be held this November at Yale University! A huge congratulations to each and every one of them who worked so hard, alongside studying for their IGCSEs to achieve so highly in the competition. Plans are in the works to turn their Yale dreams into reality this winter, watch this space! 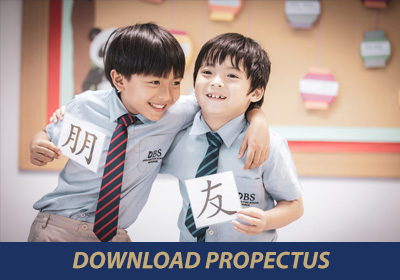 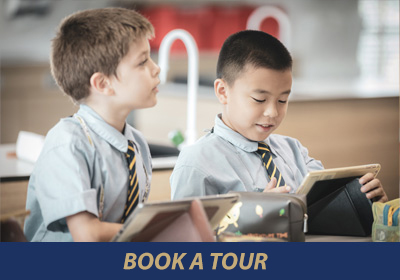 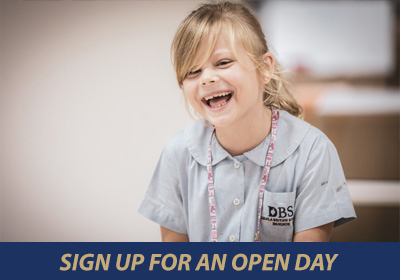 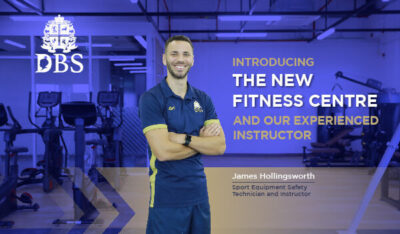 Introducing the new Fitness Centre and our experienced instructor 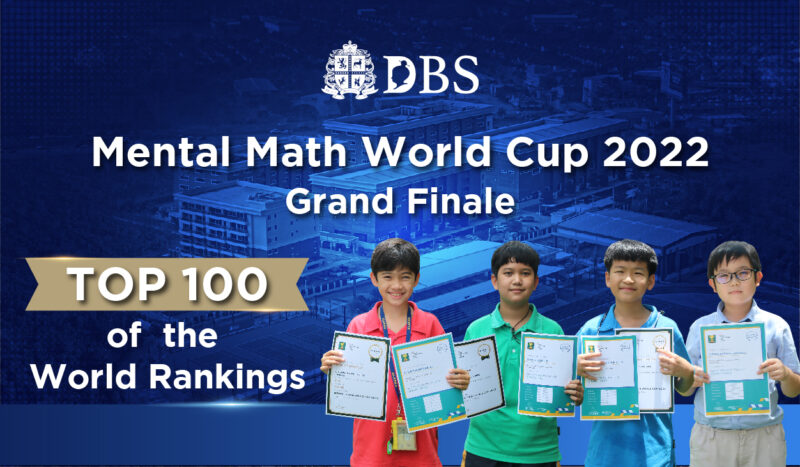 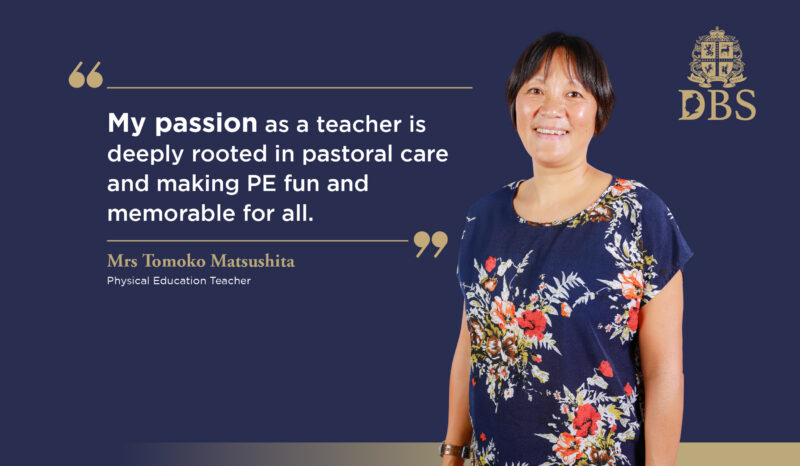