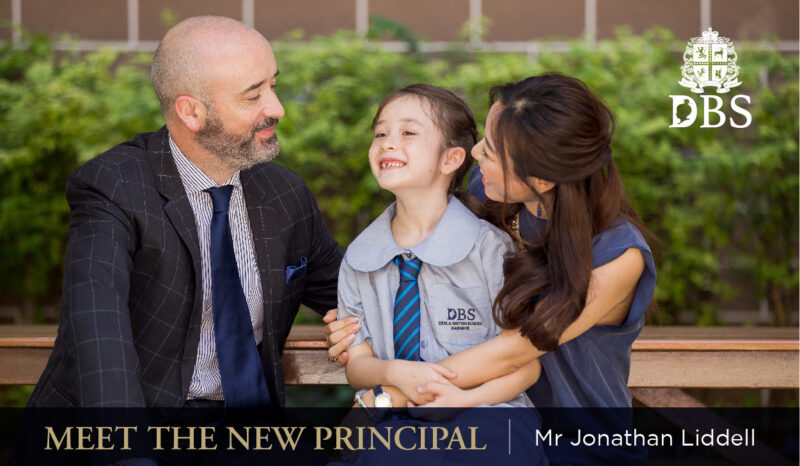 DBS is delighted to welcome Mr Jonathan Liddell to lead the way forward at DBS beginning in the 2021-22 academic year. Students, parents, and staff may be curious about who he is. We sat and talked with Mr Liddell, or Jonny, as he prefers to be called. 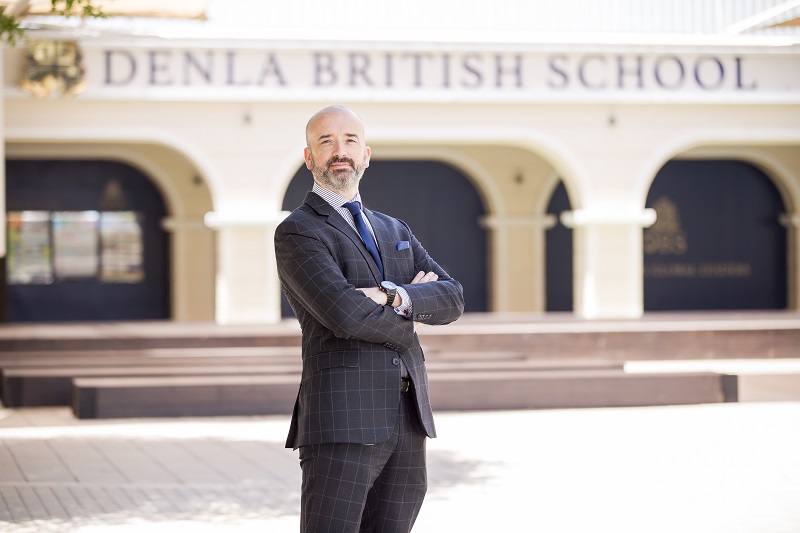 Jonny began by recalling his younger years from growing up in Belfast, Northern Ireland and being the only student in his year group to attend Cambridge University.

“Going to Cambridge was a fantastic experience and a complete contrast to where I grew up. It was quite a surprise moving to an environment where everyone had been the top student in their class. It was ultra competitive,” Jonny recalled.

After he finished university, he planned on taking a gap year and then doing a Masters that would lead him into environmental work. However, he ended up teaching back in Belfast in his year off and found his hidden passion for the classroom. Later he applied to do his PGCE – The UK’s Postgraduate Certificate in Education which provides training in order to allow graduates to become teachers. 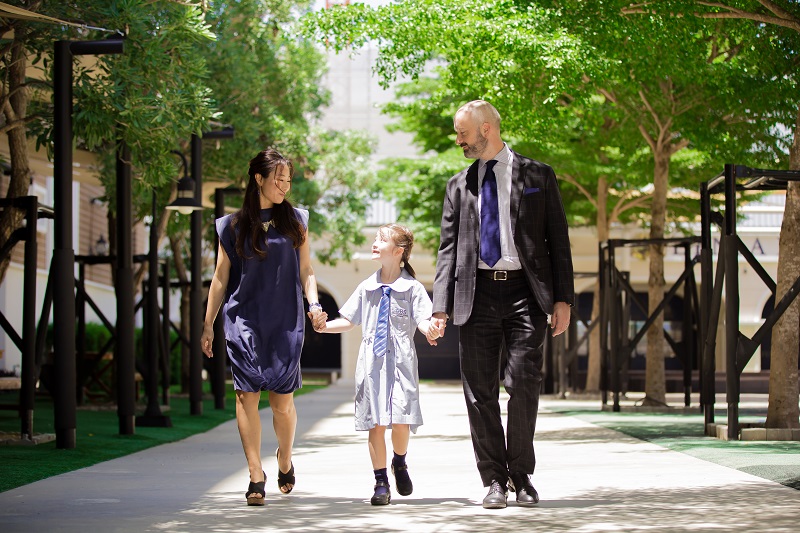 “I fell into teaching by accident. I come from a family of teachers and just after I finished university, my sister, who is a mathematics teacher, was going on maternity leave and they couldn’t find anyone to replace her. Her school asked me if I could do it and overnight I became a Mathematics teacher. I loved teaching but realised I would rather teach Science so I moved to London to complete my training. I really enjoyed working at my second placement school and an opportunity arose to continue working there. After 4 years, I started to look for jobs internationally and was hoping to move to South America but I saw an opportunity as Head of Science at the British School in Tokyo and successfully applied for that,” Jonny explained.

As Head of Science at the British School in Tokyo, Jonny’s career really took off. It was also in Tokyo that he met his wife, Arika, with whom he has a lovely daughter, Ilia. 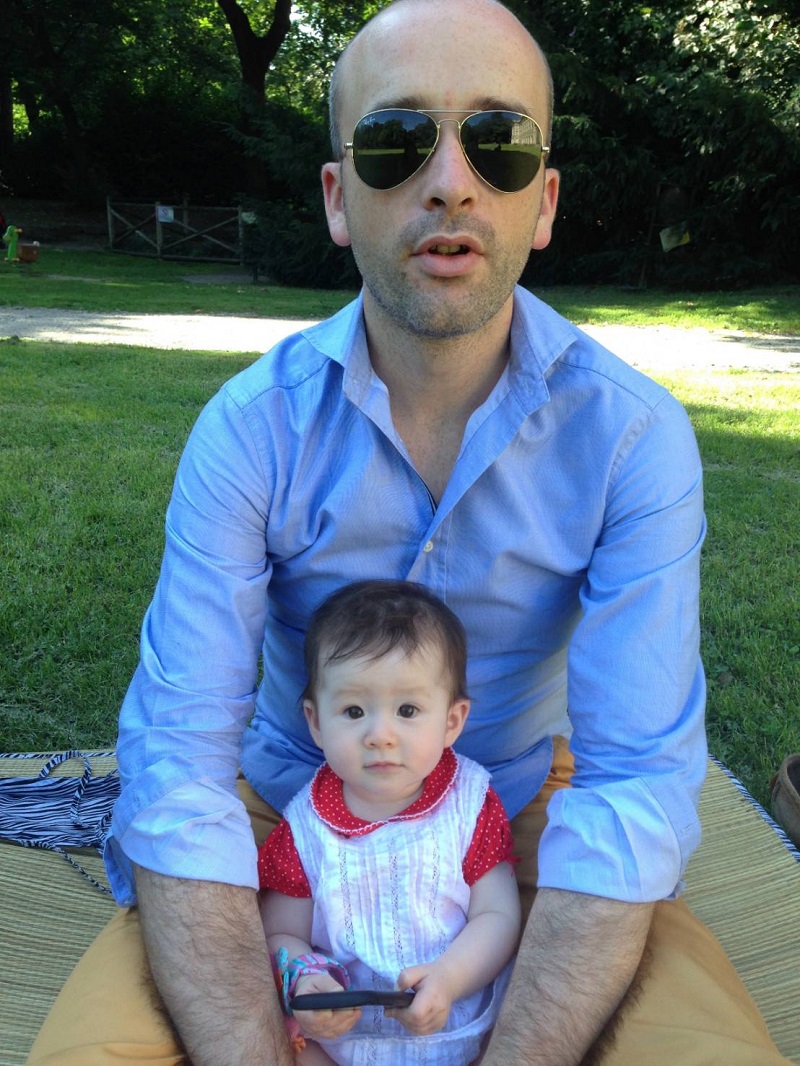 “We met initially through some friends in Yoyogi park in Tokyo and then didn’t see each other for 2 years. At the time, my main hobby was DJing and I invited her to some events that I was organising. She eventually came along and we reconnected. The rest was history as they say,” Jonny reminisced.

As a teacher, principal and parent, his ethos for raising his own daughter also reflects the ethos he applies to his students. He wants his daughter “to grow up happy and healthy and work hard at everything she does before finding something that she is passionate about. I really believe that the secret to discovering a true passion is about working hard to develop it.” Jonny’s daughter Ilia is 7 years old and will join Year 3 at DBS for the 2021-22 academic year.

So other than teaching, managing schools, and parenting, what does he like to do in his spare time?

“Music has always been my passion and I still like to perform when I get a chance although I’m not as skilled as I used to be,” Jonny said. “I also like to read and travel. One of my biggest hobbies is a little harder to pursue in Thailand and COVID has stopped it for now. I love to snowboard and when I lived in Japan I used to do it for about 30 days each year.” 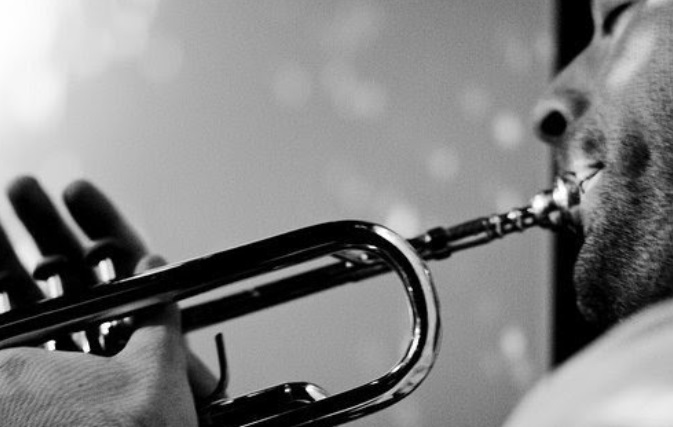 Jonny is interested in the science and politics of climate change and he is passionate about reducing the carbon footprint at DBS. “It is probably the area of my life where I feel the greatest tension. I have committed to a career overseas so I probably have a higher carbon footprint than most, so I certainly am not in a position to lecture others, yet I feel that I can also have a larger positive impact than most due to the decisions I can make as a school principal.”

His professional life in Japan was remarkable. After one year as Head of Science and then another as Head of Science and ICT, he was promoted again to become Assistant Head (Curriculum) where he gained experience in school expansion and curriculum implementation, leading on school inspections and also his first taste of crisis management during the 2011 earthquake. He then moved on to Milan, Italy to become a Deputy Head, then to Harrow, Bangkok where he has served as Head of Upper School for the last 6 years. 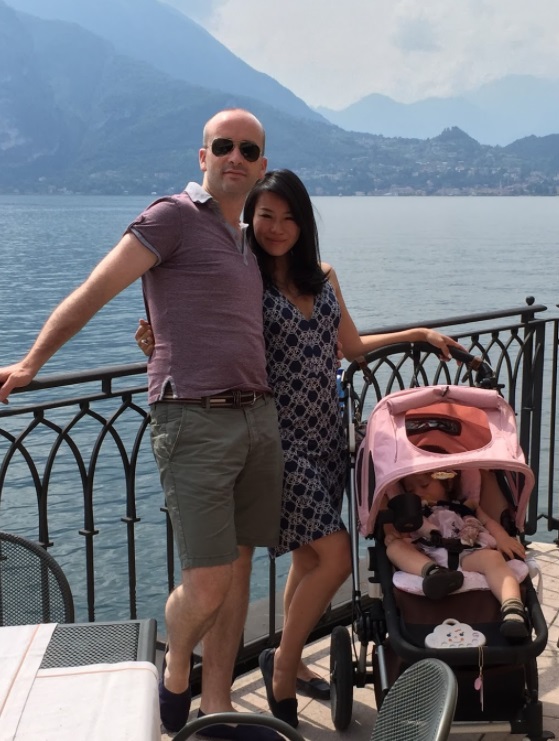 “Across all 3 schools where I have served as a senior leader,  I have taken each through rapid improvements in academic results,” Jonny answered when asked about his roles at his previous schools.

Indeed, it seems like he has travelled the world with his career and everything he has learned on this path has prepared him to build for the best at DBS. From lowly beginnings teaching Mathematics and Science in the UK, progressing to head of department and then senior leadership in Japan, Deputy Head in Italy and Head of Upper School at Harrow International School, Bangkok, to now the Principal at DBS. His extensive experience of managing schools around the world in culturally diverse environments is undeniably impressive.

“I have been very lucky to gain some fantastic experiences early in my career,” Jonny said. “In a diverse range of contexts I have a track record of improving academic outcomes. I also have experience of project managing building development which should come in useful here as the school grows and we develop our new facilities.”

So why, after all the amazing places he has travelled and opportunities he has chosen, did he choose to come to DBS? His answer reflects his entrepreneurial mindset – he comes here to ‘build for the best’. 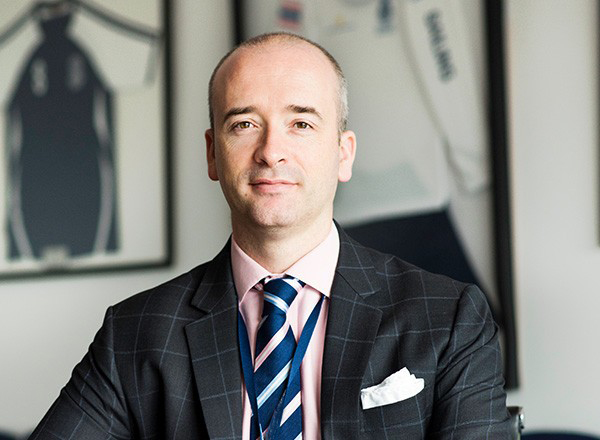 “It really was a unique opportunity. Living in Bangkok, I have observed DBS develop and even lost some students to it! The most fun I have had in my professional career was working at the British School in Tokyo as it expanded up to Sixth Form. I can’t wait to do the same at DBS!” 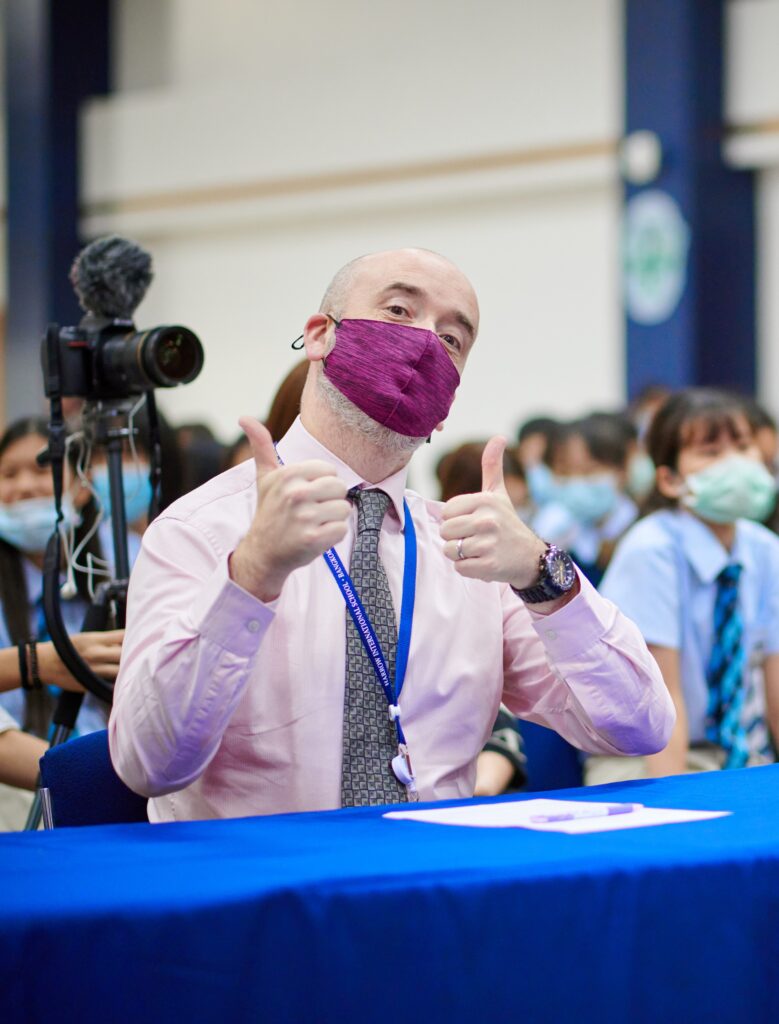 Jonny talked about the educational direction he is aiming to achieve for DBS students, and also that he plans to still teach some Physics at DBS because he still loves to be in the classroom. To emphasise one of his goals, he has a particular view on the development of ‘21st Century Skills’.

“21st Century Skills have become a fashionable topic for educationalists to talk about. Many schools really oversimplify this and even go as far as to prioritise skills over knowledge. It is virtually impossible to be skilled at anything without having deep knowledge. I frequently debate with colleagues who say ‘but they can just Google it’ . Would you hire a plumber who has to Google how to fix a pipe? Would you hire a lawyer who doesn’t possess in-depth legal knowledge? The 21st century skills are more likely to be developed if students have a deep knowledge of many disciplines and begin to make links between them,” Jonny opined. 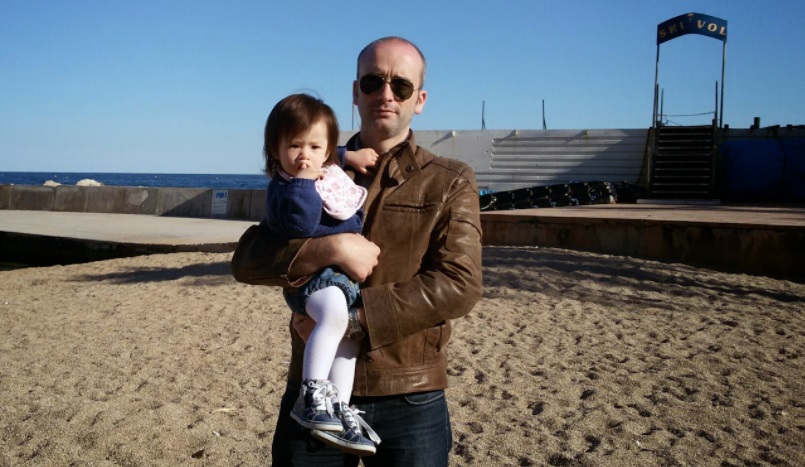 He believes that to become a school with a well established reputation in the region we must develop students who are equipped with ‘powerful knowledge’. He revealed his plan that DBS will need to go beyond the examined curriculum, ensure that students have deep understanding through high quality instruction and provide opportunities for students to explore their interests within subjects and make links between them. 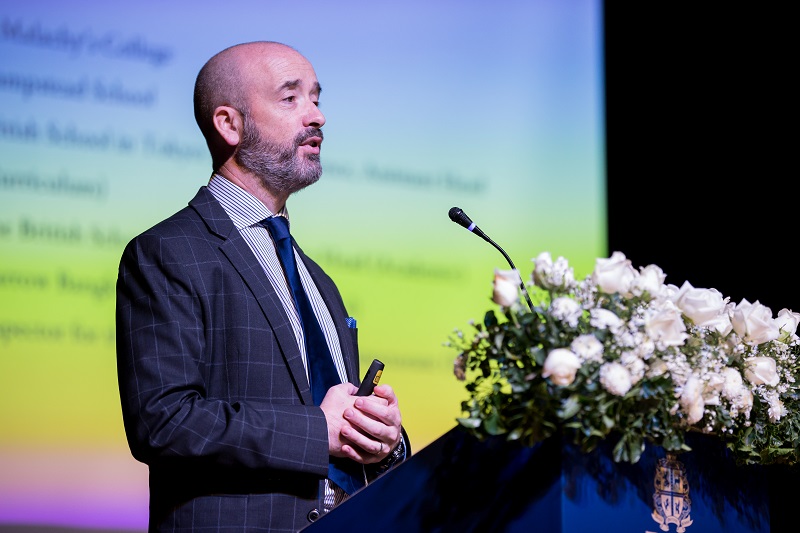 “In a few years, DBS will already be sending students to the very best universities around the globe and I want DBS to have a reputation for being the best British independent school in Thailand, the school of choice for parents looking for a first class British style education” 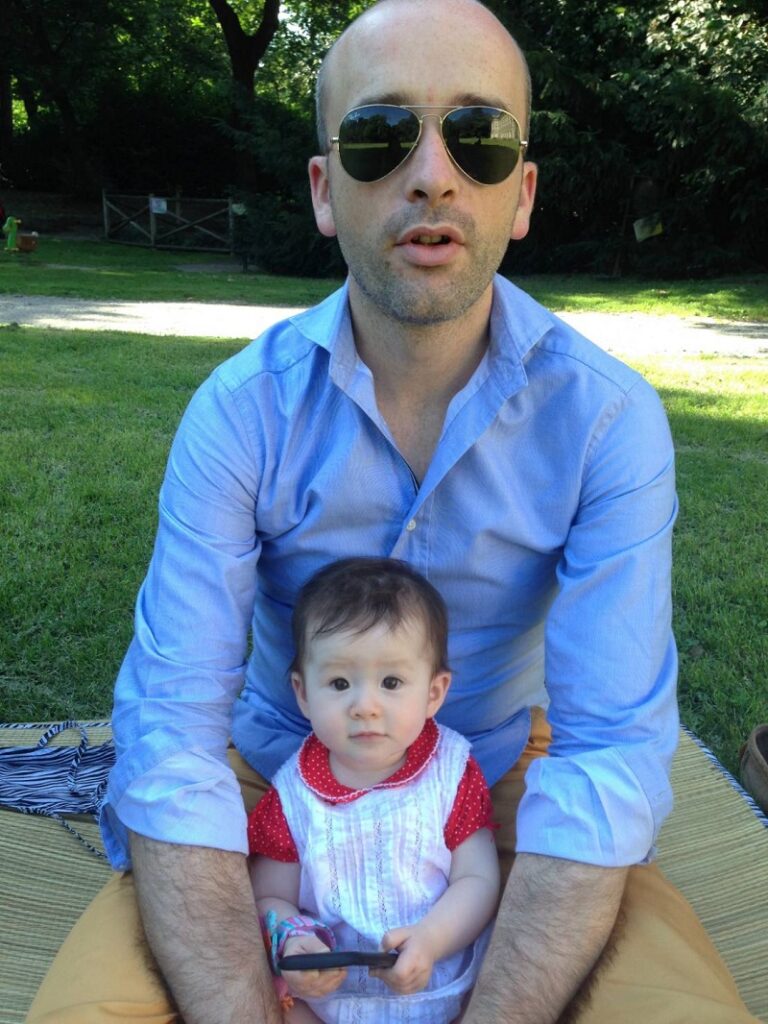 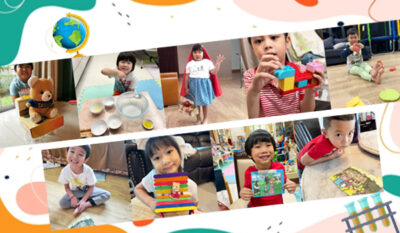 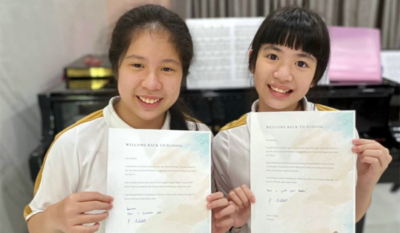 A personalised letter from the Principal acknowledged each and every student. 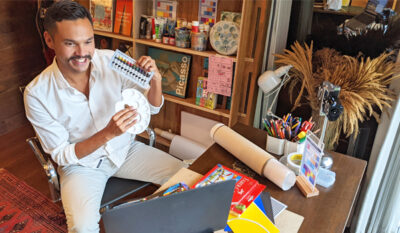